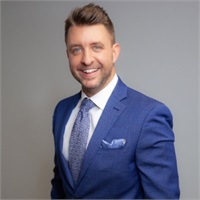 Corey A. Staub is the owner and an LPL Financial Advisor of Staub Financial with more than 20 years of financial service experience. He earned the Certified Financial Planner (CFP) designation early in his career following a two-year Professional Program at Oakland University. He is licensed for securities in more than 25 states, and has earned the respect of clients and helped forge strong multi-generational relationships across the U.S. Before joining Staub Financial in 1998, Corey earned a B.A. in Finance from Indiana University of Pennsylvania.

Combining his passion for community service with his love of golf, he founded the Staub Financial Annual Charity Golf Outing in 2003 in memory of his late grandmother. To date, more than $300,000 has been raised for numerous charitable organizations. He has been involved directly with the United Way for Southeastern Michigan, Camp Quality of Michigan assisting children with cancer, Team Fox in the D for Parkinson's Disease, and AFG-Alternatives for Girls in Detroit.

Corey lives in Bloomfield Village with his wife Regan and enjoys traveling and golfing. He is a member of the Financial Planning Association and Oakhurst Country Club in Clarkston.